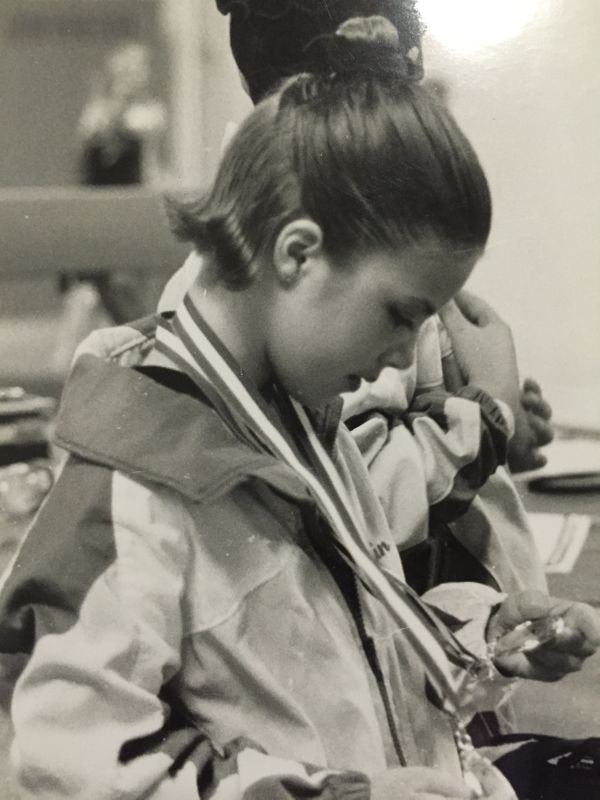 Kristin began her athletic career at the age of nine, representing the United States in acrobatic gymnastics. Over the next decade, she and acrobatics partner Michael Rodrigues became U.S. National Champions, World Champions, and the first and only Americans to win World Games in the sport. Allen has earned numerous accolades beyond her competition results, including USA Gymnastics Sportsperson of the Year, Athlete of the Year, and FIG World-Class Gymnast. In 2015, she was inducted into the USA Gymnastics Hall of Fame.

After retiring from competitive sport, Kristin went on to perform over 900 shows for Cirque du Soleil, the world’s largest theatrical production company. Allen then joined Olympians and world-medalists for the 40-city Kellogg’s Tour of Champions, performing in some of America’s largest venues. In 2014, she and her celebrity partner won the BBC production of Tumble, a reality show that paired celebrities with top performers for a live spectacle of gymnastics competition. She went on to perform acrobatic stunts on Broadway in the Tony award-winning production of Pippin.

Her career path shifted dramatically when she traumatically injured her back during a performance of Pippin. Kristin now lives with chronic pain from her injury, but that does not stop her from living life to the fullest. Currently based in Los Angeles, California, she has designed and taught high performance workshops for lululemon, Red Bull’s elite BMX athletes, and League of Legends professional gaming team, Cloud9. In 2016, she was brought on to the Stride Gum: Heaven Sent project as skydiver Luke Aikins' personal flexibility trainer, helping him safely land one of the most dangerous stunts ever done on live television - a jump from 25,000 feet with no parachute. In 2020, she graduated from the USC Marshall School Business, one of top business programs in the United States. Beyond being a student, she is the founder and president of the Acrobatic Gymnastics Foundation (iheartacro.org) which provides grants to athletes with financial need, as well as the Chairwoman of the National Gymnastics Foundation.